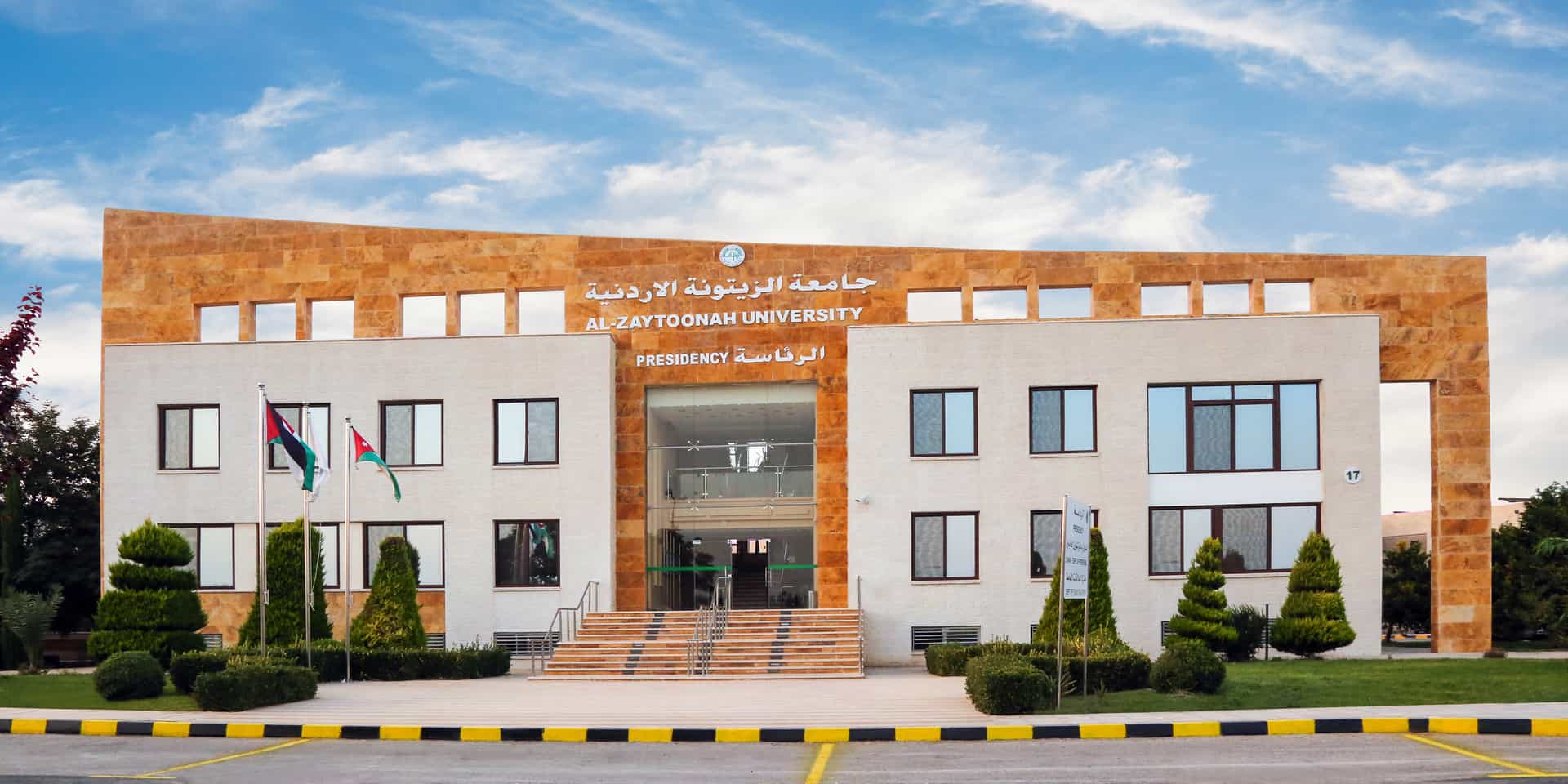 Al-Zaytoonah Private University of Jordan (henceforth, Al-Zaytoonah) was established in 1993 after receiving its license and general accreditation by Decision No. 848 on March 6, 1993. Instruction began on September 6, 1993, and since then Al-Zaytoonah has witnessed considerable progress, at both the infrastructure and academic levels. It now includes six faculties, encompassing 19 undergraduate specializations and one graduate program.

There are 300 faculty members of various ranks distributed among the six faculties of the University, and 80 teaching and research assistants and lab technicians. In addition, there are 210 administrative employees and 260 workers.

Al-Zaytoonah follows the credit-hour system which enables students to select the courses they like to sign up for according to their study plans.

The academic year consists of two 16-week semesters, plus an optional 8-week summer session. The 1st semester starts in the first week of October, the 2nd semester in the second week of February, and the summer session in the last week of June.

Arabic is the official language of instruction, although English is used in a number of courses offered by all faculties. French is also used in the French Department.