Produced water should not contain more than 80 PPM of impurities according to the Jordanian Water department. 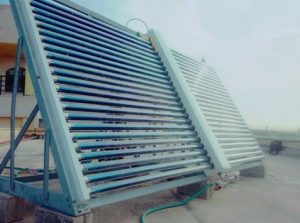